Bishop Malcolm Smith is in his 18th year of ministry. This is his 3rd local body. He and his wife Heidi serve along with their two daughters Ananya and Juleia. Elder Heidi is the Worship Leader and Assistant Youth Pastor as well. They always demonstrate Father's love to one another and all members of the body alike. They regard all members of COGTICJ as family.  He came here because he wanted more than he was able to find in his previous local Churches. He teaches how to walk in the Spirit and how to be one in Christ.

Pastor Henry is from Burlington NC. He joined the United States Navy in 1989. He served in Japan on the U.S.S. Midway where he met Yukiko Kubo. In 1991 they got married and now have 6 wonderful children Isha, Kai, Riku, Leomia, Kuu, and Roni. Pastor Henry has a passion for God's Son and his people. His favorite saying is "let God be true and every man a liar."  He believes every teaching must line up with scriptures. He also believes in teaching the Gospel of Jesus Christ as a sound doctrine.

Pastor Henry was stationed in San Diego in the fall of 2003. There he worked at the 32nd street base. He served as a lay leader/ minister while in the military. He also served many offices as a teacher and minister. In 2009, he retired from the Navy and felt God calling him to stay in San Diego to be a Pastor. He believes that a Christian life should reflect the life of Christ. He teaches the Bible with authority and passion, but with simplicity and compassion. He believes the simplicity of the Gospel and foundation teaching should be taught in the church. He is sometimes called a New Testament Minster. His sole Purpose is to preach Christ and him crucified. He believes a person's faith shouldn't stand on man's wisdom and teaching but rather God's truth and power. Pastor Henry believes God and His words are spiritual and alive. He believes the minister of his word must also be spiritual. He believes a person must be born again and must walk in the spirit,  also man should operate in the power of the Spirit.

He holds the office at C.O.G.T.I.C.J  as the Elder Pastor/overseer and Brother. He takes that role seriously.  He believes that a Pastor's responsibility is to feed and take care of the flock. He believes the way of doing that is to be an example, not lordship. He believes the Pastor is a member of the church and not the owner of the church. He believes the head of the Church is Christ Jesus and Him alone. He also believes the role of the pastor is a Mentor, a big brother, or a father figure, whatever is needed. He believes that discipleship starts by taking up the cross and following Jesus, then one can help and teach others to do the same. Feel free to talk to pastor Henry or drop him an e-mail (pastorhenry@church4god.org) 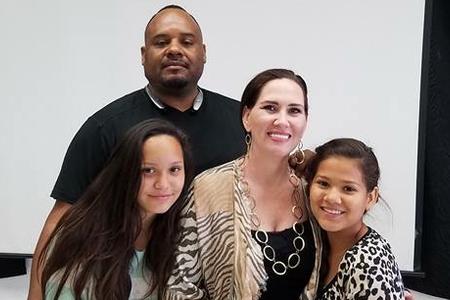 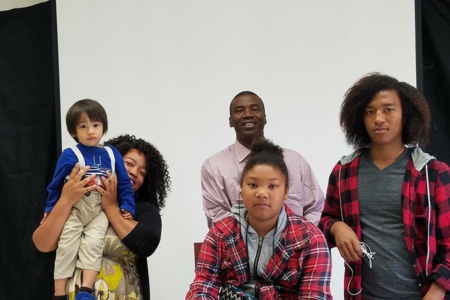 Church of God That is in Christ Jesus